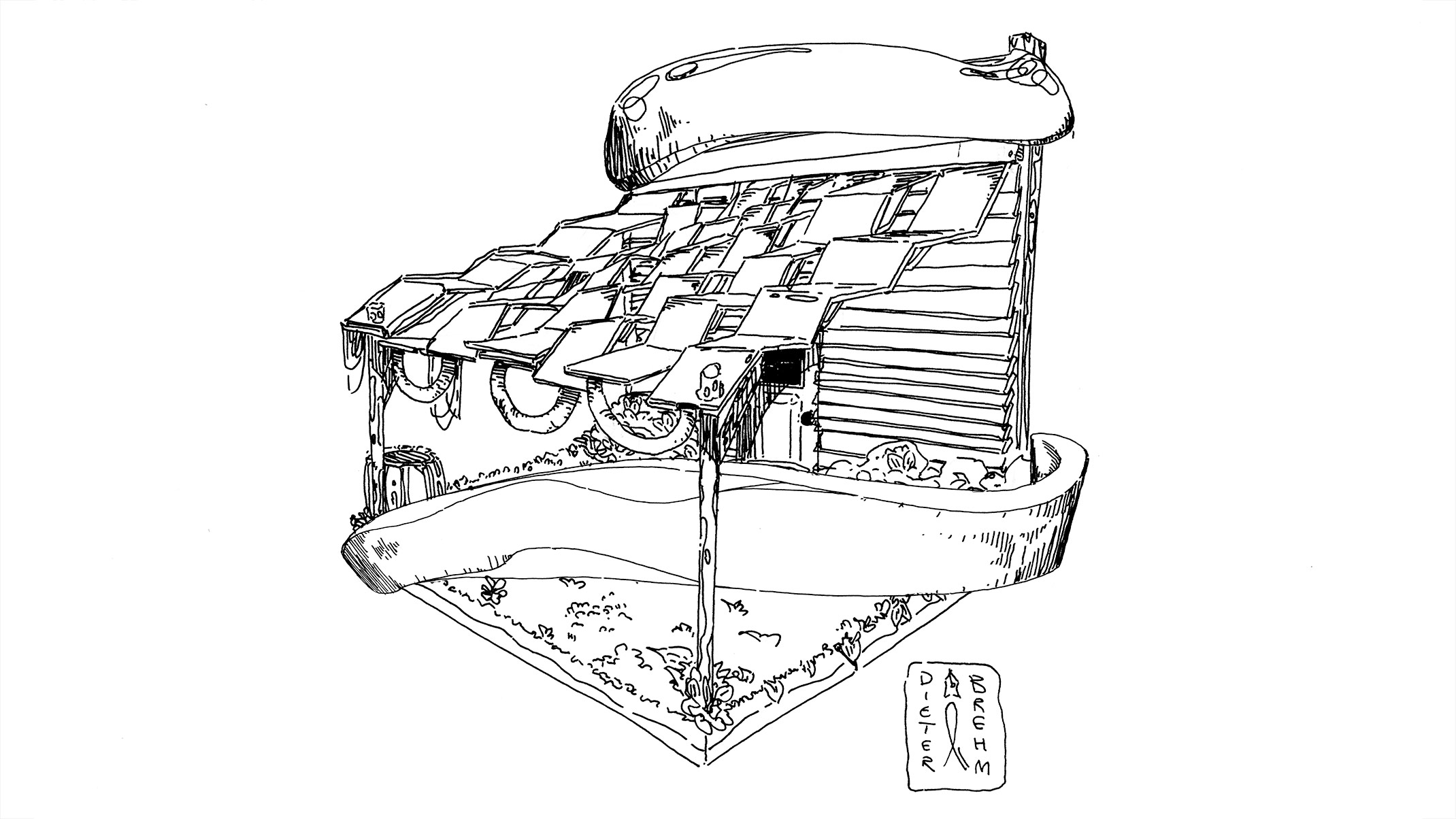 For the third piece, I felt a significant tug away from painting and towards my tried-and-true medium of choice. Unlike the other pieces which were made with a fountain pen and watercolors, this inking was done with a technical pen, known as an isograph or rapidograph. I’m not entirely sure what it came from, but I had to include a bit of solidified Isograph art in this collection. The biological element featured in this particular drawing are two secondary structure protein motifs, namely beta pleated sheets and alpha helices. These motifs are forms which segments of proteins take due to hydrogen bonds between amino acids that form the primary protein structure. My favorite part of how the line art turned out by far is the beta sheet awning in this architectural cross section.