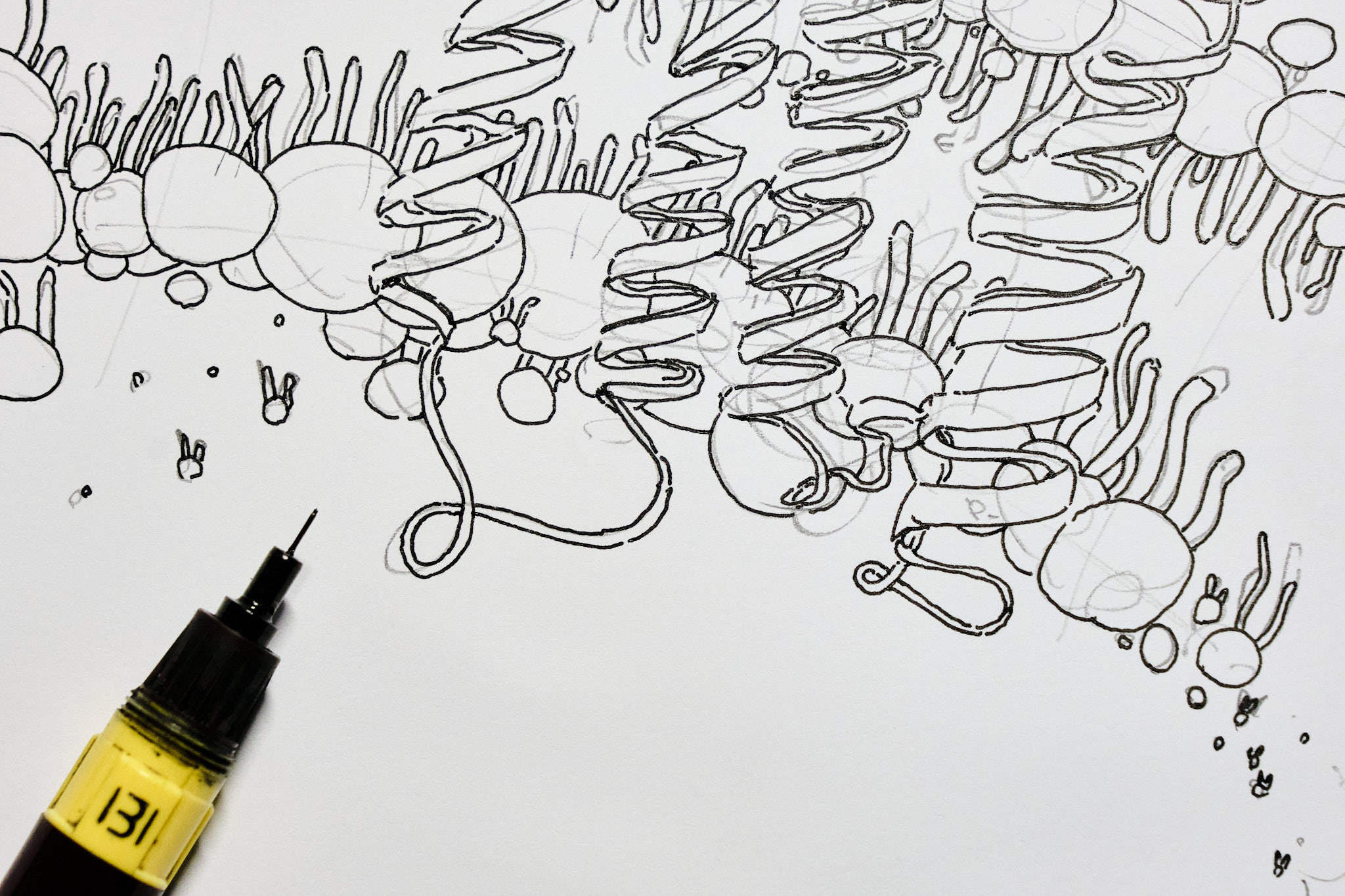 In cellular biology, membranes play a major role in keeping everything together. The cell membrane which divides the cell between it's internal organelles and cytoplasm and the exterior organism is also called the plasma membrane, and is composed of a Phospholipid Bi-layer. As the name so smartly implies, a Phospholipid Bi-layer is made up of many phospholipids (shown by the ball head and tail assemblages in the drawing). The long tails are fatty acids, and the head is made up of a glycerol and a phosphate group. The long-tale shaped fatty acids are hydrophobic while the head group is hydrophilic. These opposing forces, in response to the environment, keep the membrane together!